The only Guide You Need for Placing Bets on MotoGP

MotoGp has become one of the world’s most popular bike racing events and you can now find passionate fans of this sport all over the globe. However, it must be said that the MotoGP’s heart lies firmly in Italy and Spain as this is where you can find the most knowledgeable fans, the most lucrative prize money, and the best racing teams. There are 12 teams that compete throughout each MotoGP season, and each team has two riders. This means that your typical MotoGP race will be made up of 24 riders. In the article below we are going to provide you with all the information that you need to know about MotoGP. By the time you have reached the bottom, you will certainly feel like a MotoGP whizz kid.

When it comes to motorbike sports, it is no exaggeration to say that MotoGp is the one event that all motorbike racing fans pay close attention to. Throughout the course of the season MotoGp fans are treated to no fewer than 19 races that are held in different countries in Asia, the Americas, and Europe. In these races you will get to see all of the best motorbike brands in the world such as Yamaha, Suzuki, Honda, and Ducati. These machines can reach speeds in excess of 200mph, making this one of the world’s fastest sports. Before each proper race, there is a qualifier to see where the riders will start on the grid. MotoGp races happen on a Sunday morning or afternoon, depending on where they are being held, and last for around 45 minutes. Once all the 19 races have taken place, the rider and team with the most points will claim the prestigious trophy.

Who Are the Best Riders?

At this moment in time, there are no riders that are completely dominating the circuit. However, with that being said, there are some legendary riders that MotoGP fans will respect forever. For example, Italy’s Giacomo Agostini has won eight titles, so is definitely a legend of the sport. Then there is the extremely talented Valentino Rossi, who has seven titles to his name and is still racing on the circuit. When Rossi decides that enough is enough, many MotoGP fans believe that Marquez is the one to fill his shoes - he already has 5 world titles. 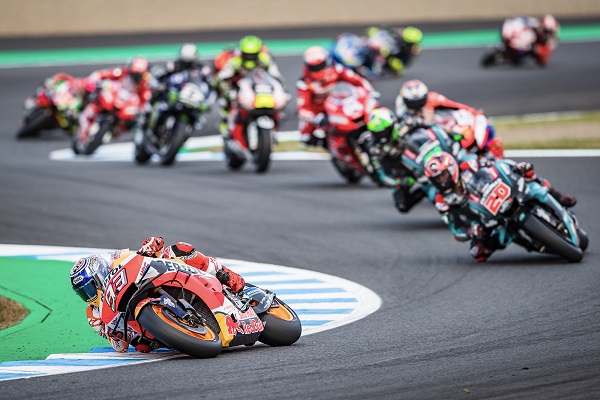 It can be difficult to win a MotoGP bet if you are not too sure about the qualities of the different riders. However, there are a few tactics that you can use to improve your odds of being a winner. We shall take a look at some right now.

Pay Attention to the Teams

MotoGP has regulations that allows every team to improve their bikes between races if they so wish. This is something that you obviously need to keep an eye on as a team could have a much better bike in one race than they did in the previous one. We recommend that you back a team and rider if you find out that they have done significant upgrades to their bike and they had already been performing well before doing so.

You should always take the time to see how drivers have performed at particular racetracks in the past. For instance, if the Japanese MotoGP is on and you want to bet on it, then you should consider backing a Spanish rider as they had plenty of success in Japan over the years.

Now that you know what you need to keep an eye on, we are going to look at some of the different bets that you will be able to place.

This is the easiest MotoGP that you will be able to place as all you are doing is trying to predict the rider that you think will go on to win the race. The odds that the bookie provides can help you decide who you are going to bet on - if one of the riders has odds of 2.50 and the next closest is 6.00, then you know that the first rider is favourite to win the race by quite some distance.

With this new kind of MotoGP wager, you are simply trying to guess the time frame that will exist between the rider that is victorious and the rider that finishes behind him. If you believe that the race will be a close one, then you should think about making a winning margin bet. For instance, you could go ahead and make a bet that the winning margin between first and second will be no more than 0.3 seconds.